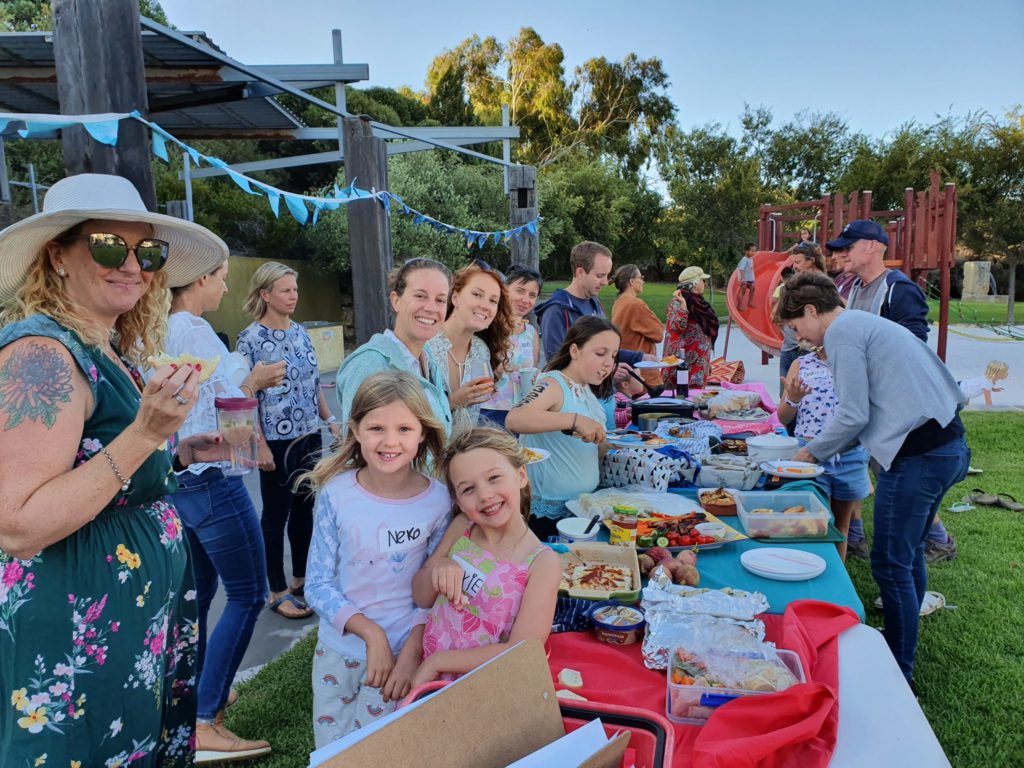 During 2019 Shani and a few of her neighbours decided to try and  increase the community spirit and involvement in the 340 odd houses in the "west beacy" area. Our goal was to create a more resilient and responsive community - one that had the resources and connections to for example  welcome 100 people affected by some sort of climate change disaster or other event.

We are aiming for a "geographic community" rather than one focussing on interest like traditional community groups. Basically everyone in that area is invited and encouraged to attend

We began by organising a few fun events and soon each street had a "street representative" who delivered fliers and knocked on doors collecting emails. These people find their role also strengthens their connections in their street.

Future plans include some guerrilla planning to beautify a local neglected area of "bush", a book club and an olive collection and pressing weekend.

We are proud to say that just over 50% of the houses in that the West Beacy area are now on our "West Beacy Bunch" email list!